Deep Kumar - A symphony of flavours at the Bicycle Thief 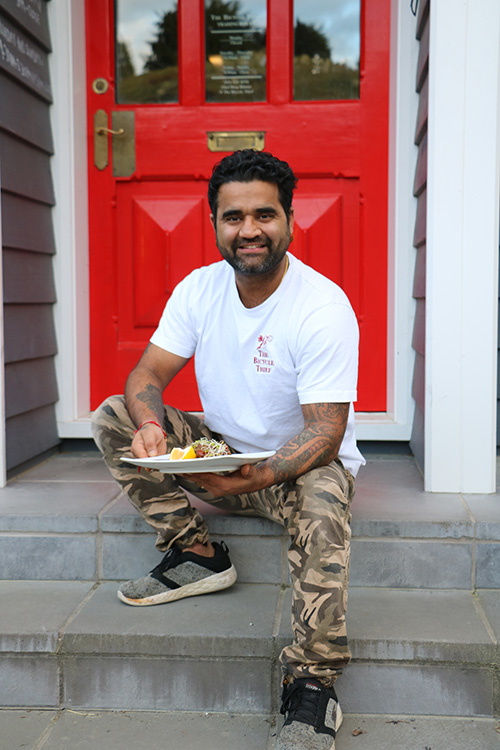 When he’s not cooking pizza and pasta at his Italian restaurant in Tai Tapu, Deep Kumar is in his home kitchen in Rolleston, cooking an Indian curry for him and his wife, Lucy.

Originally from India, Deep travelled to Italy in his teens and grew curious about cooking Italian cuisine through the knowledge of locals he met in Tuscany, Sicily and Naples.

After training and working as a chef, in 2016, Deep opened his first Italian restaurant in Rotorua called Giovanni’s to continue his passion of cooking Italian cuisine, before moving to Selwyn in 2019 for his new adventure at The Bicycle Thief restaurant.

Deep says he loves working as head chef at The Bicycle Thief.

“Just being in the kitchen, that’s my favourite place. The heat and the sound, when the people in the restaurant are eating with a knife and fork… it’s just, you know, music to your ear and that’s what I like.” 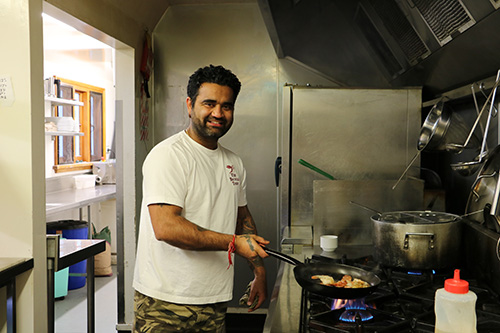 Deep shares his thoughts on the dish:

“The dish is quite simple; anyone can cook it. We were having a discussion - is it okay to give out your secret recipes to people? I said food is all about sharing, you have to share, you have learnt from somewhere or otherwise there wouldn’t be amazing chefs around the world… so of course, I would like to share this dish.”

Caramelise the onions by cooking them in some oil in a pan on the stove.

Throw in a clove of garlic, a handful of prawns and chorizo or sausages, and cook them up in a splash of prosecco, some basil pesto and a touch of butter.

Once cooked, serve them up on a plate and garnish with some herbs and microgreens.