Ayyam O'Brien - "This time we were crying happy tears" 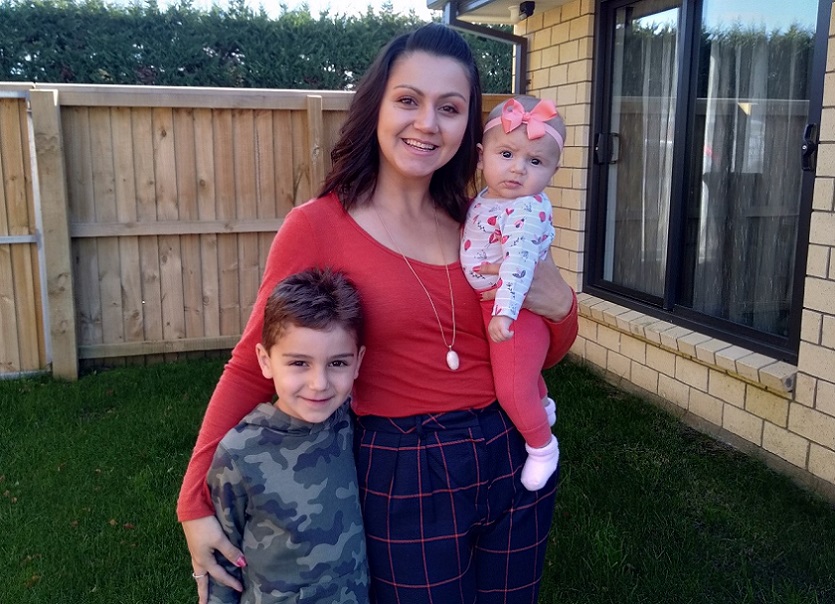 In Ayyam O’Brien’s Rolleston home, neatly arranged wall décor fills the room with the words ‘live’, ‘laugh’ and ‘love.’ On the fridge there is a list of dinner meals planned two weeks in advance.

Yet life has not always fallen into place so neatly for Ayyam.
Ayyam was five when she left her homeland of Iraq. She and her older sister lived in Turkey for two years as refugees, separated from their three older siblings.

“We went from basically being so wealthy to having literally nothing, I mean, we were scraping food from the mosques.”

They had to travel by bus to Istanbul to apply for asylum in different countries and were rejected three times.

“Every time we’d drive back on the bus, we were just crying the entire way, because we were so over living in Turkey and being so poor.”

On their fourth application, New Zealand accepted the family’s application and they moved south in 2000.

Ayyam still gets goose bumps from the memory.

“I will never forget that moment. All of us were up that night just dancing. This time we were crying happy tears.”

She says her life in New Zealand has given her everything she hoped for.

“I do come from Iraq, but I feel like my country is New Zealand. It’s given me everything I want in life. I love how it’s accepted me as a person. I’m just so pleased I’m here and New Zealand decided to take a chance on us.”

The one thing she misses about Iraq is its community feel. Something she did not feel living with husband Chris and young son Leo in East Auckland and spending up to four hours a day in the car travelling to and from work. “We’re very allergic to traffic,” she says.

That all changed when they were offered the chance to work at the new Storage King in Rolleston. “It’s a developing town. We wanted to be part of that development.”

An active community member she organised a quiz night that raised about $4,000 for the Prostate Cancer Foundation, started a Facebook page called The Dancing Bellies Selwyn to share her love for belly dancing, and coaches her son’s soccer team, the Storage King Kickers.
She loves the people, the lifestyle and vibe of Selwyn but it is her children she is most passionate about though. When her baby Charm is in a happy mood, it is a perfect day.

“My enjoyment of being a mum is seeing their success and their happiness,” she says.

Despite the unpredictable turns in her life, Ayyam has found that sense of community in Rolleston.

“It’s that feeling that I feel here that I guess I never knew I had until I moved here,” she says, “I thought, I actually really do love a community feeling, how everyone’s there for each other.”