Farhad Dastgheib - from a war to a cafe 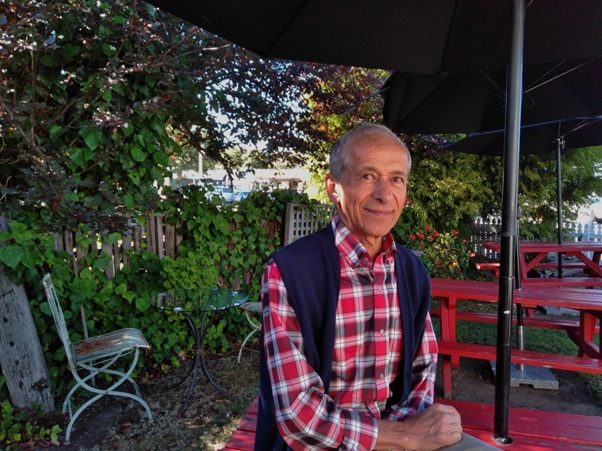 Leaving his wife and three-year-old daughter behind in Iran during the war was the hardest thing Farhad Dastgheib has done in his life.

Sitting at the Cottage Café (formerly Hillyer’s) in Lincoln, drinking a latte, Farhad Dastgheib shares his story of moving to New Zealand in 1987. After studying a master’s degree in Agronomy at the American University of Beirut in Lebanon, he worked at Shiraz University for a few years. Farhad’s goal was to complete a doctorate degree in Western countries.

The Islamic revolution changed his beloved country dramatically, not long before he received acceptance from Lincoln University.

“I did a little bit of research and found that this place they call New Zealand is so far away, but it has good potential, so I thought well, I’ll give it a try.”

The next challenge Farhad faced was leaving his daughter and wife in Iran, while the country was at war with its neighbour, Iraq.

“That made it even harder, not only missing my family but also because the country was in war, it was very worrying.”

Communication was tricky too.

“Every now and then I could make a telephone call and then that was it,” says Farhad.

Two years later he was relieved when his wife and daughter could join him. He smiles at the memory.

“That was probably the happiest day of my New Zealand life. My daughter was just turning five-years-old when they came over and I remember a couple of days after their arrival, I managed to organise a nice birthday party for her and she was thrilled.”

From then onwards, things started to take shape for Farhad and his growing family, as they welcomed their second daughter.

After finishing his PhD, he lectured at Lincoln University for about seven years, then continued working casually for the University while running his own agricultural research consultancy.

Farhad found the people in New Zealand very friendly and interested in his culture.

“When I spoke to people here, they said, ‘everybody in New Zealand came from another place’ so that made me feel more welcomed, like I’m not a stranger in a place where most people are one group and you are a foreigner. All those encounters and comments made me feel more comfortable.”

Joining the Lincoln Rotary club, Farhad was able to give back to the community that made him feel welcome and meet more people in Selwyn. He furthered his knowledge on New Zealand’s culture, so different from that of Iran.

He still holds memories of Iran; the ancient culture and history he is proud of, the way of life before the Islamic revolution, and Iranian food and poetry.

Farhad celebrates Nowruz, the Iranian New Year in March, gathering with his family around a table of food set in a traditional way, remembering each year gone by. He says it is important to pass on this tradition to his daughters and their families so they can have a feeling of belonging to a place.

Farhad did not initially plan on staying in New Zealand for 32 years, but he is glad he did and feels this is home.

“Coming from another country where there are different sorts of problems, it’s not easy but I had made a choice to live in a place where I can raise family in a peaceful and friendly environment. I found New Zealand to be a very good example of that.”