Gabi Michael — Crafting a dream through the craft of beer 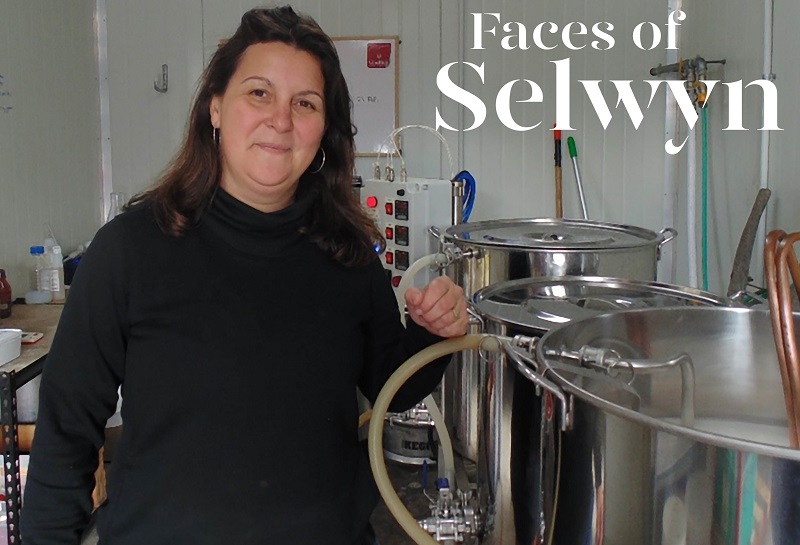 At 8.30 on a Sunday morning, while many people are still enjoying a weekend sleep-in or breakfast with family, Gabi Michael is tucked away in her home brewery trying to brew the perfect beer.

Gabi is the sales and marketing manager at Gladfield Malt. While working on her father’s beef farm in Campo Grande, Brazil, Gabi trained as a vet and moved to New Zealand in 2003 to work on a dairy farm.

Just two months later, Gabi met her husband Doug, who she describes as a typical Kiwi farmer and a go-getter. “We looked at each other and kind of, you know, ‘He’s alright, she’s alright’,” she laughs. “I stayed over and never looked back; got married one year after.”

Doug was thinking about getting into the malt industry when the pair met. “It was kind of good timing to get someone to share ideas. Doug was very inclusive, always said ‘we’ll do this together’.”

The couple created Gladfield Malt on their Dunsandel farm where they live with their three children. Today they export malt to brewers all over the world including Australia, China and Taiwan.

When her children were young Gabi took an administrative role, but after their third was off to preschool she decided she wanted to do more. “Take Gladfield to the world is what I wanted to do.” That was when she decided to try her own brewing. “I was going around on these sales trips learning all the terms of brewing and thought I need to know in practical terms what that is, or this means.”

After one lesson from a staff member and avid homebrewer she was left to brew by herself and it quickly became more than a hobby. “It becomes kind of a drug because you want to make the best beer ever brewed. You’re always trying to outdo yourself. It’s contagious.”

That passion is something anyone can see if they walk into Gabi’s personal brewery. She is in complete control as she moves between the three large pots that represent the different stages of the process. “It’s like doing meditation because you’re very focused on that task. It takes about five hours to do it properly.” Adding flare and experimenting is all part of the addiction, Gabi says.

Even her Brazilian heritage has a part to play in her brewing. “I like the lagers. Because I’m from Brazil I grew up drinking lagers. The minute I can drink a quenching lager that I brew, I’m quite proud of it. It’s good ingredients and sort of got my signature on it.”

Brewing every second Sunday, Gabi uses her hobby as a pilot brewery by using the malt that Gladfield produces and she has her eye on entering the national homebrewing competition. “To become the National Homebrewer of New Zealand. That’s a big title, man!” she laughs, “One day it’ll come, I won’t be so absorbed here. I look forward to that.”