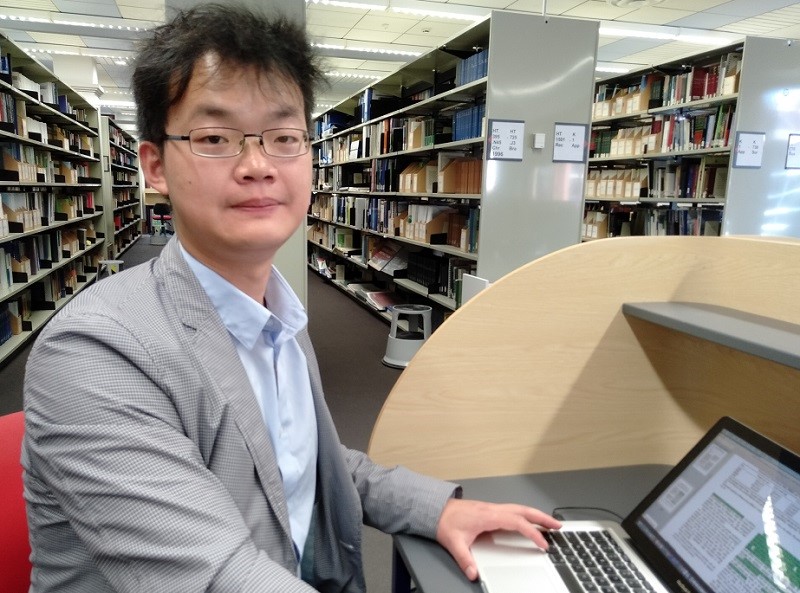 If you met Hao Feng when he first came to New Zealand in 2018, he says you would find it hard to understand his English.

Since then Hao has immersed himself in kiwi culture, backpacking around New Zealand, working in small towns Te Puke and Westport practicing his English and saving money to study.

Coming from China was a bit of a culture shock for Hao, travelling 13 hours from a place with a high population density, different laws, cheap restaurants and QR code shopping.

But he soon fell in love with New Zealand for its beautiful natural landscapes and found a passion for whitebait fishing, kayaking, surfing and reading the news.

“It’s a spectacular natural environment, the colourful sky and clouds in the morning or evening on a sunny day. When you are surrounded by big trees and high mountains, you feel awesome.”

Hao was inspired by some backpackers in Australia to visit New Zealand.

“They shared some pictures of the natural environment in Queenstown, Lake Tekapo and Taupo and I realised that’s an amazing country I have to go.”

After being in New Zealand for a month, Hao decided to stay longer, applying to study a Master of Science in Food Innovation at Lincoln University.

“I got an offer from Lincoln University last year in July when travelling around the South Island. I stopped several days in Christchurch and visited the campus twice. It’s a nice beautiful campus and good for academic study.”

Before starting his diploma in February, Hao worked in a Kiwifruit factory in Te Puke meeting all sorts of tourist and locals and then worked in Westport at seafood factory Talley’s.

It was in the little town of Te Puke that he grew his love for reading and watching local New Zealand news.

“I realise in a small, peaceful town, you have more time to do some reading as less things will distract or disturb you.”

Growing up Hao didn’t used to read or watch the news, but says he really enjoys New Zealand news for its fast pace, transparency and knowledge about the country.

As coronavirus was becoming serious in China at the end of last year, Hao was able to warn his family about the virus, telling them to wear masks and stay inside from what he heard on the news.

While he misses his family in China, he messages them on We Chat, sending pictures and videos of all his adventures in New Zealand.

Hao says the people of New Zealand are very kind and he has made a lot of friends along the way.

Although he has only been in Selwyn for a couple of months, he is looking forward to events, meeting new friends and exploring the area.