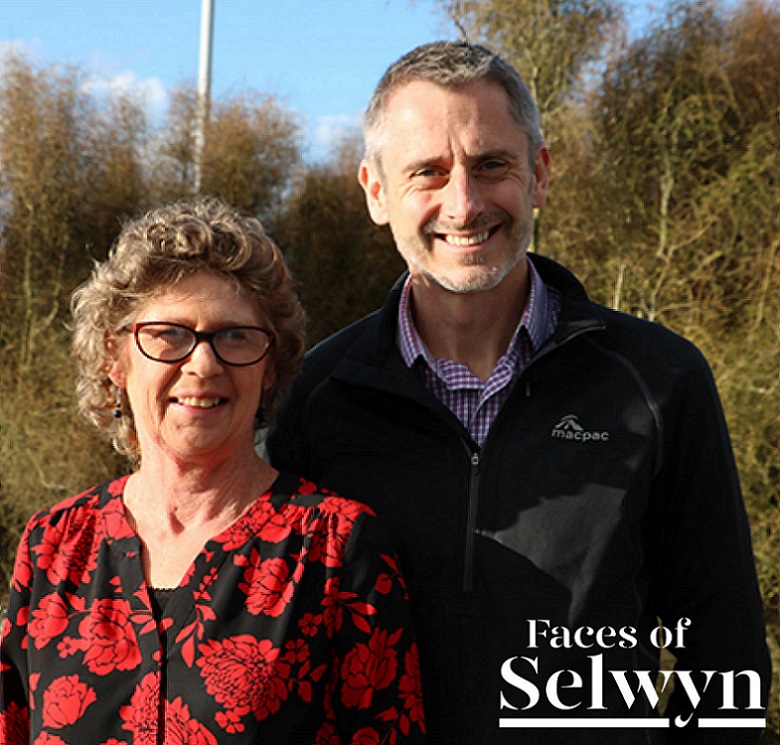 When Adam Thomas first looked at a property in Rolleston 25 years ago it wasn’t the first choice of places to live.

“When I told my wife Jane I’d found a nice house on a nice bit of land near Rolleston, she said ‘It would have to be nice to move to Rolleston’. It was a few houses, a fish and chip shop, and a prison.”

However, 25 years later, the couple say the move turned out to be just the right one.

Adam was raised in Selwyn and says the Selwyn area suited them when he and Jane began looking to move to a rural property. Despite Jane’s reservations the Rolleston property was a great move as the town began growing with their family, Adam says.

“The first subdivision started after we moved in. Not long after we moved we had three children and got involved in Rolleston Playcentre, early childhood groups and later school and we ended up with a community of friends around us. Rolleston was starting to grow and it was an exciting place to be. It was a friendly community. Still is, but you don’t bump into so many familiar faces in the shops as you used to.”

Jane, a Library Assistant at the Christchurch College of Education and later at Lincoln Library, quickly became active in the community running a ‘music for tots’ group for parents with preschoolers, and later on the Parent Teacher Association at Rolleston Primary School.

Adam also began working in the district taking jobs in Lincoln, at Landcare Research for 17 years and now at AgResearch. A member of the Lincoln Badminton Club since his teens, he spent three years on the board of trustees at Rolleston Primary School and was part of the now disbanded Rotaract Club—a group born out of Rotary for younger people to be engaged socially and in community work.

“At Rotaract we ran fundraisers for different charities. We did a duck race down the Avon with other clubs, built a playground at the child care centre at Lincoln university, built a bridge over the Liffey—though that’s gone now. We did a dial-a-santa where we’d dress up as Father Christmas and people would book us as a fundraiser.”

The couple also saw huge change in the Rolleston township which suited their children as they grew, giving them an outdoor lifestyle growing up “with plenty of fresh air” but also links to town and friends.

“We used to say to people to get to us you drive through Rolleston then there’s a kilometre and a half of paddocks and then us. Whereas now, we’re part of the town, though we’re at the southern end so there’s still farm land around us. When our eldest started in 2000 at Rolleston Primary School there was about 180 pupils. When the youngest left in 2011 there was 800 and it wasn’t the only school.”

After 25 years in the district Adam says it’s definitely home and they’re glad they made the shift.

“We both like being out of the city. We enjoy visiting the city, but prefer to live with a bit of space around us. We know the area and Rolleston still works for us. We certainly wouldn’t change anything now. It worked out well.”