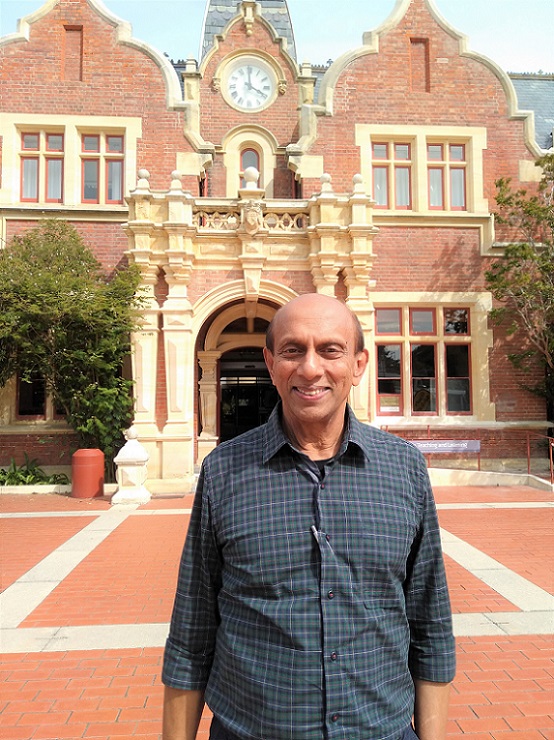 Dr Ravi Gooneratne travels far and wide as a University professor, meeting new friends and getting involved in communities.

The house belongs to Ravi Gooneratne, programme coordinator, Lincoln University toxicology professor and host of the evening. He interrupts the chattering to give a speech, thanking everyone for coming. He is brimming from ear to ear, a large friendly smile.

Ravi was once in their shoes. After completing his veterinary graduate degree at University Ceylon (in Sri Lanka), he went to study a four year PhD doctorate abroad at Murdoch University veterinary school in Perth, Australia. Six years later, he travelled again to teach and continue his research at University of Saskatchewan in the colder climate of Canada, where winters reach minus 40 degrees Celsius.

Another six years went by and Ravi applied for several lecturing jobs around the world, landing an offer in America. The job was due to start that September, but his application for Lincoln University was accepted and he took up this offer instead.

Living in Lincoln has not held Ravi back from travelling and teaching around the world. He is a professor at two Universities in China, Guangdong Ocean University and Jinan University. In 2018, he was made an honorary citizen of Zhanjiang (in China), awarded with a key to the city for his outstanding contribution to its economic, cultural, social, educational and international relations.

He visits family in Sri Lanka every December and noticed the biggest change has been the introduction of KFC, Pizza Hut and McDonalds.

He counts himself lucky to have lived in beautiful countries, including New Zealand, Australia, Canada and Sri Lanka.