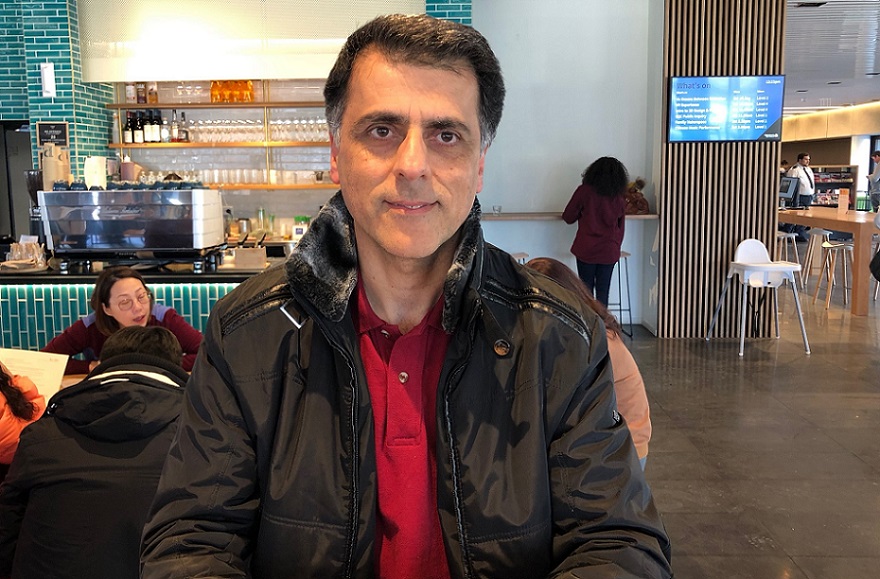 For Reza Zarnekabi an internet search for a short study stint has turned into a new life and community.

Born in the northwest of Iran, near the Turkish border Reza studied economics at Shiraz University before completing a Masters degree in Environmental Management at the University of Tehran.

He went on to work in a consulting engineers’ company until, about seven years ago, he decided to continue his studies further with a PhD. So, he jumped on the internet and found Lincoln University offering exactly what he wanted to study. New Zealand is cheaper for international students than other countries such as Australia and Canada, so it seemed a perfect fit for him and his wife Leila.

In April 2012, soon after the Canterbury Earthquakes, the couple moved to New Zealand. Not planning to be here for long Reza took unpaid leave from his job in Iran.

Their first experience of New Zealand was in Auckland, where the native Turkish speakers had to live for six months to learn English. After completing their English exam, they were finally able to make the move to Christchurch.

Housing was tight in the years following the earthquakes and Reza and Leila had to stay in a hotel at first before being able to secure a small one bedroom flat in the city centre, where they lived for the following four years.

While studying his PhD Reza decided to look for a job and managed to land work at a consulting engineering company, similar to the work he had been doing in Iran. Juggling study and work proved tricky, so he suspended his study for a six-month stint to focus on his new job, before returning to Lincoln to study part-time. Finding that tough still, he made the tough decision to terminate his study after two years and has been working successfully and happily at the consultant engineering company since then.

He and Leila have also since gained residency and built their own house on a section in Lincoln. While it was built, they moved into a flat with two Thai men, which was a new experience for them both as people don’t ‘flat’ with others in Iran.

They were both extremely happy to move into their house, as they felt the central city was cold, damp and humid. The country air in Lincoln felt much more like home to them.

The couple love New Zealand and its acceptance of different cultures and diversity. They have travelled most of the South Island together and think it’s beautiful. They’ve made friends in the Iranian community in Christchurch, as well as with tramping, gaming and dinner groups.

They are unsure about what their future holds in New Zealand, or how much longer they’ll be here, but for now they are happy; they have found a great community.