Tania Libin - Selwyn the icing on the cake 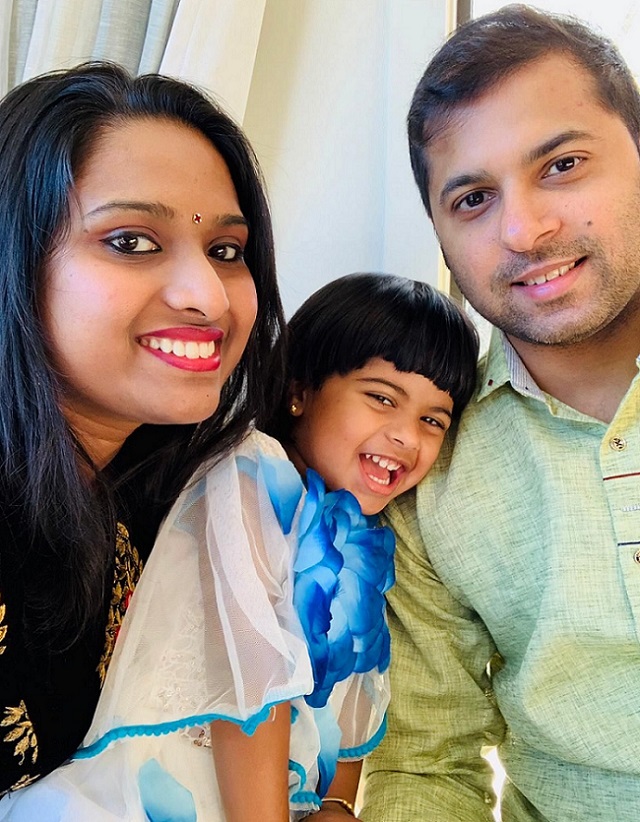 Life was very different for Tania seven years ago, living with her parents in Kochi, India, studying for her Master's degree and working at the same time.

It was Tania’s dream to go abroad and that’s when her parents found a husband for her in Libin, who was working in New Zealand. Libin moved to New Zealand 12 years ago. They married in 2012 and Tania joined him in Hanmer Springs in 2013, before moving to Christchurch for work opportunities.

Due to earthquake repairs, the couple were constantly moving houses, and were keen to find somewhere to settle in their dream house.

They had a few friends living in Selwyn who loved the quietness and growing residential area and decided they also wanted to escape from the city lifestyle, buying land in Rolleston to build on.

It was a busy year as they moved into their new home in 2016, had their little girl Evalynn Eliza and had their parents coming over from India to be a part of the happiness.

“We really wanted to have our own place with our beautiful garden and my husband loves fish, so he really likes to have his own monster aquarium inside the house. We just decided this place is good for us.” Tania says.

Growing up in India, Tania had a strong connection with her family, but since coming to Rolleston, the community around her has made her feel at home.

“This place is amazing, such a welcoming place. If you need any help you just yell at your neighbours and they come out anytime to help you.”

In line with Tania’s description of the area, the Selwyn District Council has recently been accredited as a Welcoming Community by Immigration New Zealand, following events such as CultureFest and Citizenship Ceremonies, along with work to make courses and services accessible to different communities.

Tania says Selwyn is the best place to bring up her daughter, with a five-minute walk to school, plenty of friends in the area and a church nearby.

If the weather is nice, she goes on walks around Rolleston with Evalynn. When they return home, Evalynn goes over to the huge aquarium in the lounge and calls out to “Marco” her pet eel who will be hiding in his tunnel and feed him along with her dad’s monster arowana fish.

Tania is passionate about her cooking. She loves trying new recipes and introducing them to her followers in her Facebook page “Melting Moments Kitchen”.

Tania has also set up her own event planning business last year helping create and set up birthday parties, weddings and  decorations for private or cultural events.

She has created a Facebook page for her business ‘Cats Eye Event Planners’ to help busy parents organise and make their little one’s special day memorable.

In 2019, Tania passed the final milestone and became a New Zealand citizen. She says it was a different feeling to surrender her old citizenship, but she is happy to now be a part of New Zealand.