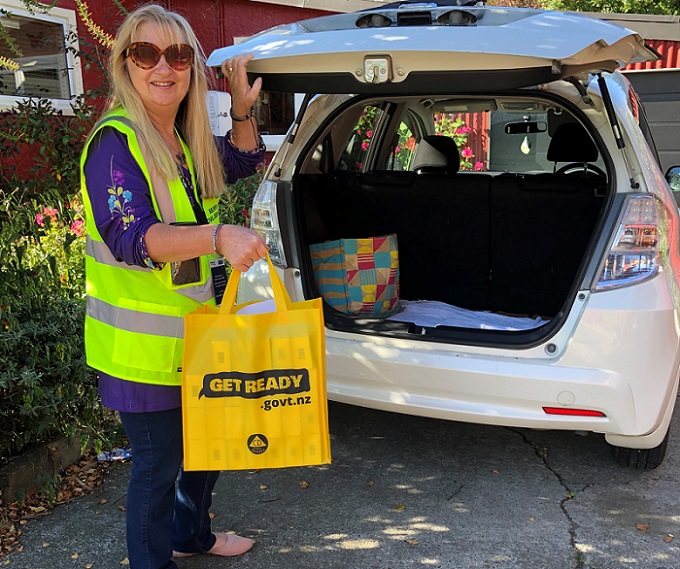 Across rural Selwyn areas, Civil Defence volunteers have been out making sure vulnerable people have access to Rapid Antigen Test (RAT) kits.

“The CRT members have been wonderful, they’ve all been so keen to do it. They all just put their hand up and said absolutely! Civil Defence have really appreciated the support from other Council staff as well.”

After being contacted by a community member in need, each CRT member arranges contactless delivery. Community Response Team volunteer Judith Campbell says she really enjoys working alongside Selwyn District Council and said it was great to be able to look after her community at the Rakaia Huts. One recent delivery was to a residents at Rakaia Huts, who has lived there for 50 years.

“We said to him if for any reason he was unwell and needed to do a test, Dave or myself would go and help him do the test. He was very appreciative,” she says.

Community Response Teams were created to ensure there are people all over the district who can support their community in an emergency and provide vital information to Civil Defence on what was happening in their community during an emergency. Currently there are 32 teams with 180 Community Response Team volunteers looking after 832 different communities throughout the Selwyn district.