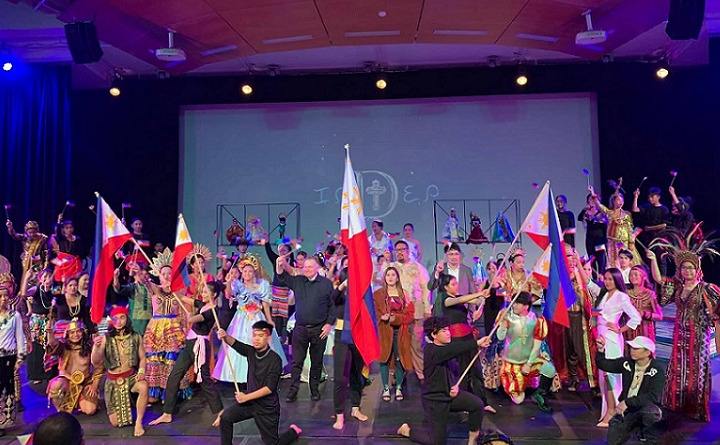 Traditional Filipino dances and street games will debut at this year’s CultureFest on Sunday 26 September.

The games run by members and volunteers from Pinoy CARES will showcase Filipino culture in an effort to revive these games.

They include luksong baka (jumping over a crouched person who is the baka/cow without touching them), sipa (kicking a ball over a net) and tyakad (a relay race using poles).

Pinoy CARES founding officer and funding director Agnes Guda says due to social media, these games have not been so popular with the younger generation, but there’s hope youth will join in on the fun at CultureFest.

“We are so excited to play these really fun traditional street games, we haven’t played them for a long time!”

Alongside these games, Pinoy CARES will perform two popular cultural dances, Sinulog and Singkil. The group will also set up Filipino food stalls for people to taste some delicious Filipino cuisine.

“Our food is not as popular as other Asian cuisine, so we are really proud to introduce our food to the CultureFest crowd,” she says.

During lockdown in March 2020, lots of Filipinos were reaching out to Agnes and her friends for support. As a result they formed Pinoy CARES. Today, it has 30 members and 100 volunteers delivering programmes and services to support the Filipino community and help Filipino migrants settle in New Zealand.

Similar to the word ‘Kiwi’, Pinoy is a colloquial term meaning Filipino, while CARES is an acronym for Culture, Arts, Religion/Recreation, Education/Events, Services/Sports; which they base their projects, events and programmes on.

Agnes says the group are looking forward to their first time at CultureFest 2021.

“CultureFest is one of the most awaited events every year in Canterbury and to be part of this will be a privilege and an honour. As much as we are excited to showcase our Filipino culture, we are also looking forward to connecting and interacting with other cultures and ethnic groups, and creating new friendships and collaborations to support a more vibrant, diverse and active Selwyn community.”