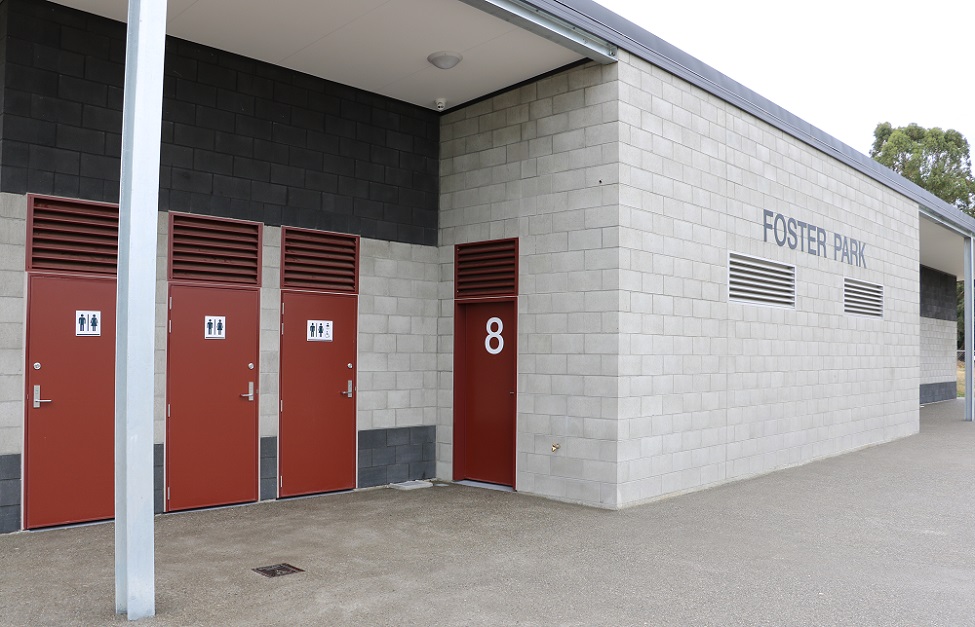 Sport at Foster Park had a boost on the weekend with the opening of the new Foster Park changing rooms.

The changing rooms in the southwest corner of the park hosted their first event, the Rolleston Nines Rugby League tournament on the weekend, ahead of a busy sport schedule this year.

The $1.4 million project will transform that corner of the park, improving the opportunities for sports teams and the public to use the fields, Council Major Projects’ Manager John Reid says. “The use of the fields at the southwestern corner of Foster Park required changing rooms and public toilets to get the best use out of them. The facility increases access for the public to
use that space, and it will make a big difference for sports like rugby in the winter and softball and touch in the summer to have facilities they can use for tournaments, regular weekend competition and training."

The building is the next stage in ongoing development of the park. It has six changing rooms and two rooms for match officials and can accommodate up to 140 people. It has six public toilets that will be open to the public 24 hours a day, two of which are accessible and have baby change facilities.

Upcoming projects in the park will include an 80 space car park to be added off Dynes Road to be installed in the next six months and the construction of the eight court indoor courts facility due to
open in time for the winter 2021 season.

The Council is also working on the relocation of the Rolleston Rugby Football Club clubrooms from Rolleston Reserve to Foster Park adjacent to the new changing rooms.