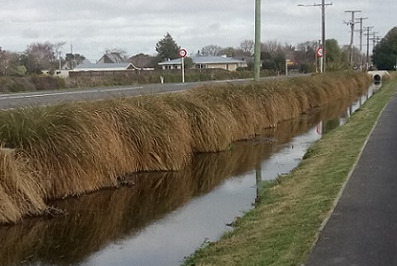 Work is under way on stage three of the Leeston stormwater bypass, replacing the High Street culverts and connecting these to Volkman Drain.

When Station Street is closed the detour will take traffic down Cunningham Street back to Station Street. Because Station Street is the truck bypass into Leeston, residents should expect increased truck movements during this time. Thank you for your patience while these works are underway.

The works are part of a long-term project to upgrade the stormwater network and reduce the risk of flooding in Leeston.

Detailed design work for stage four, connecting the Leeston creek with the flood bypass channel is under way and the Council is making progress to begin construction in February 2021.

This is the final stage for the bypass to be operational. The bypass was originally due to be completed by 2023, but could be operational two years ahead of schedule. Further work and refinements will be considered in the future.