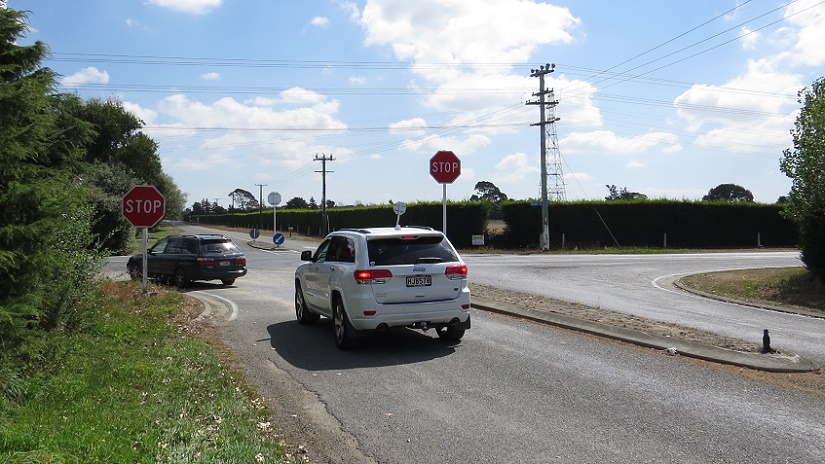 The Council has confirmed it is taking the next steps needed to implement the long-standing plans to build roundabouts at two major Prebbleton intersections.

At its 11 March Council meeting the Council confirmed the detailed design and subsequent tendering of the construction works could start, following the land acquisition process agreed by the Council in November 2019 that is currently underway. This process was on the basis that the Council would install roundabouts at the Shands Road/Blakes Road and Springs Road/Marshs Road arterial road intersections.

The roundabouts will be two lanes and are expected to have a centre island 32 metres in diametre. They are being planned to be substantially completed by mid-2021. Traffic through both these intersections is usually in excess of 10,000 vehicles per day each and is continuing to grow on these key arterial commuter routes to and from Christchurch and the Motorway

Plans for safety upgrades at both intersections have been under way since 2013, when the Council first entered into a Memorandum of Understanding with Christchurch City Council and the New Zealand Transport Agency.

These improvements were among a suite of projects designed to address anticipated traffic issues related to expected growth in the area and the need to configure the roading network to the Christchurch Southern Motorway Extension. These projects were agreed based on a business case to assess these issues and the best solutions.

The roundabouts were also supported through public consultation as part of the 2015-2025 Long-Term Plan as part of a package of five key arterial intersection upgrades planned for the Prebbleton area over the next four years.

Funding from the New Zealand Transport Agency (NZTA) for a two lane roundabout at each intersection was secured in 2019 at an expected total cost of $9.7million, with NZTA funding covering 75% of the cost as part of their national Safe Network Programme. The Council will cover the remaining cost for the Shands Road/Blakes Road intersection, while the balance for the Springs Road/Marsh Road intersection will be split between the Selwyn District and Christchurch City Councils.