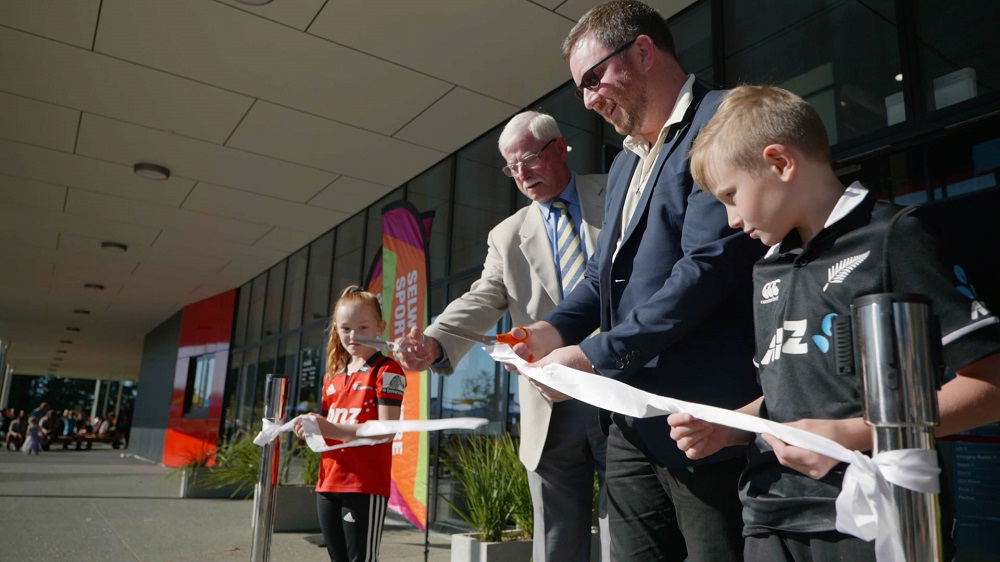 Thousands turned out to try out Canterbury’s largest indoor sports centre on its opening day yesterday. 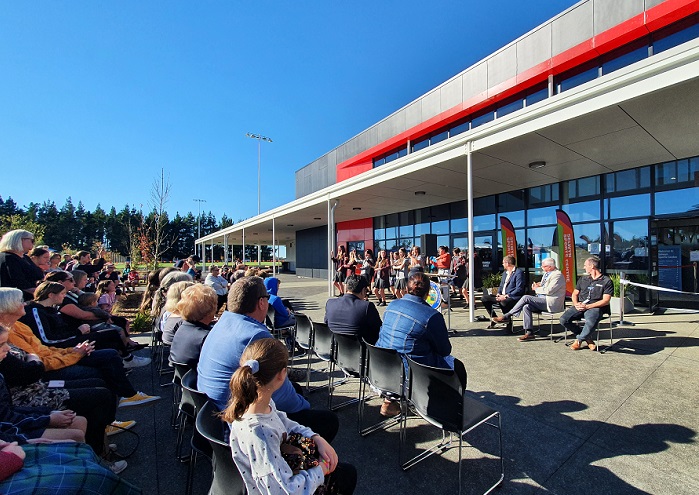 The opening was followed by a family day out where people could try out the new facilities as well as enjoying the Selwyn Aquatic Centre directly opposite, along with bouncy castles, pony rides and food trucks. Thousands of people enjoyed the day, with donations to enter the Sports Centre going to the Halberg Trust.

It was a joy to see the building so full and people having such a good time enjoying it, Selwyn Mayor Sam Broughton said.

“It’s great to see the community able to get in here and to see so many people embracing the opportunity and having so much fun. It’s a fantastic facility that will be a huge asset to our district now and long into the future, giving people more opportunities to get active and have fun together all year round.

The Sports Centre, built by Apollo Projects and designed by Warren and Mahoney has been built at Foster Park – Selwyn’s premier sports park. 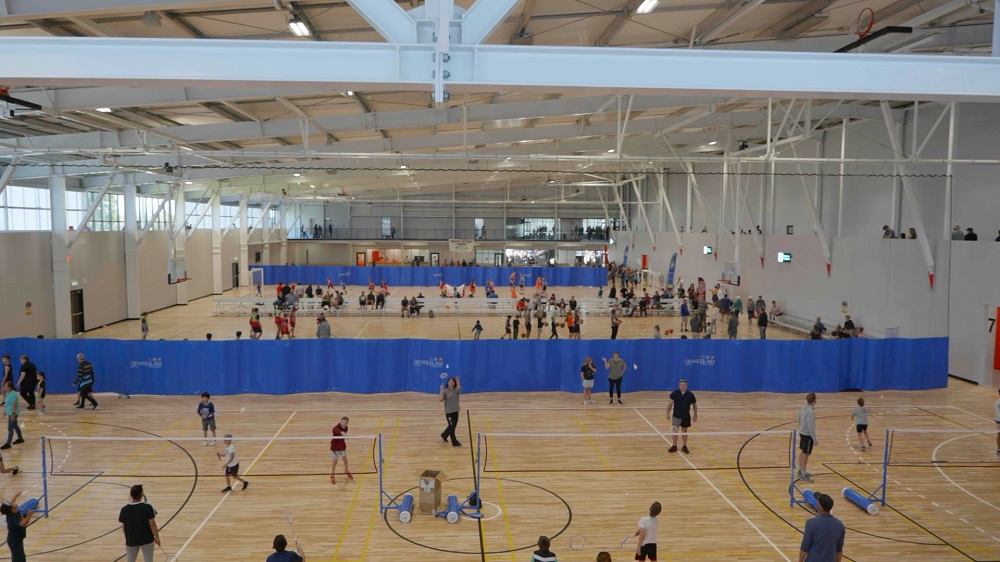 “We’re incredibly proud of the way this project has turned out and love seeing so many people enjoying it. The Council set us a challenge to deliver a great space for the community on a relatively tight budget – especially for a facility like this. Our team’s put in a huge amount of work and it really shows in the final product.”

Warren and Mahoney Design Lead, Associate Principal, Alex Head says it was a great project to a part of.

“It’s been a rewarding process, and I applaud Selwyn District Council for having the vision to develop an affordable, and community focused sports hub within a fast track programme. The team took a collaborative approach from day one, which ensured the project’s success. We’re really pleased with the outcome and can see the facility being well loved by the growing community of Rolleston.”

Mayor Broughton says the Sports Centre opening was the start of an exciting new chapter for the district as long-term plans for the dynamic, growing district begin to open.

“This is a big year for us as this is the first of four major long-term projects worth over $70million that we’ll be opening. The Sports Centre is a really fun way to start, knowing in 12 months’ time we’ll have the new extended pool, the health hub, Te Ara Ātea and a new Rolleston town square as well.