Intersection crashes continue to be of high concern in the Selwyn district.

These crashes make up over 40% of all local road crashes.

The majority of these crashes involve two or more vehicles and occurred on rural roads where the speed that vehicles are travelling is generally higher.

The most common crash factors were poor observation and lack of judgement. Other contributing causes also involved alcohol, speed and distraction.

When drivers develop a habit of failing to stop at intersections controlled by a stop sign this puts all other road users at risk. Collisions at intersections often result in serious injuries or fatalities, we work with the Police to spread awareness on the importance of being aware at intersections. With a $150 fine and 20 demerits points and the risk of causing a crash, it is difficult to understand why so many drivers don’t take the time to come to a complete stop.

Have you travelled through the new traffic lights on Tennyson Street?

A shared cycle and car lane has been introduced at the Tennyson Street and Lowes Road intersection. The shared lane, marked by a share arrow or sharrow, is for left-turning traffic and for all cyclists travelling on Tennyson Street.

Sharrows indicate a shared road space and let drivers know that cyclists have access to the entire lane if necessary, to avoid other hazards. Shared lanes have been used successfully around New Zealand since 2012. 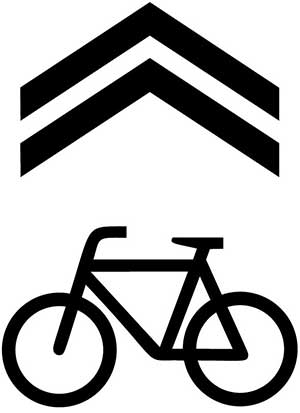