The Government is now proposing to transfer responsibility for these services from local councils into the hands of four new, large water services agencies or ‘entities’.

Each entity would be owned by the councils in its area, and Iwi/Māori would also participate in the governance structure. 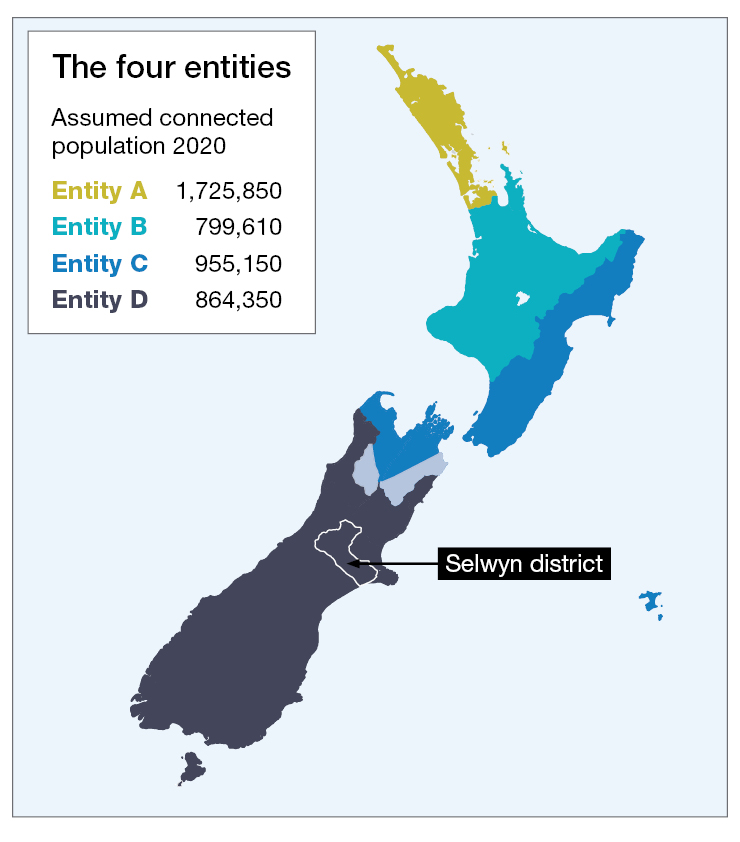 Selwyn would become part of Entity D which covers the majority of the South Island.

Each entity would be responsible for operating and maintaining the three waters networks, and would charge users for the services – in the same way that councils currently charge through a combination of rates and water charges.

The Government says the reform would save ratepayers money in the long term and would result in better quality, safer water services. The new entities would also be responsible for meeting the water quality and safety standards set by the new water regulator, Taumata Arowai.

At this stage the Government says it will be optional for councils to be part of a new entity – they can opt in or out. But it has not ruled out making the new system compulsory.

The Government believes the current arrangements aren’t sustainable for many councils and their communities around the country. Some of the reasons they have given include: