Defines biodiversity and what it means to our district

Biological diversity, or Biodiversity for short, is the variety of all life forms - the different plants, animals, micro-organisms, the genes they contain, and the ecosystems on land or in water where they live. 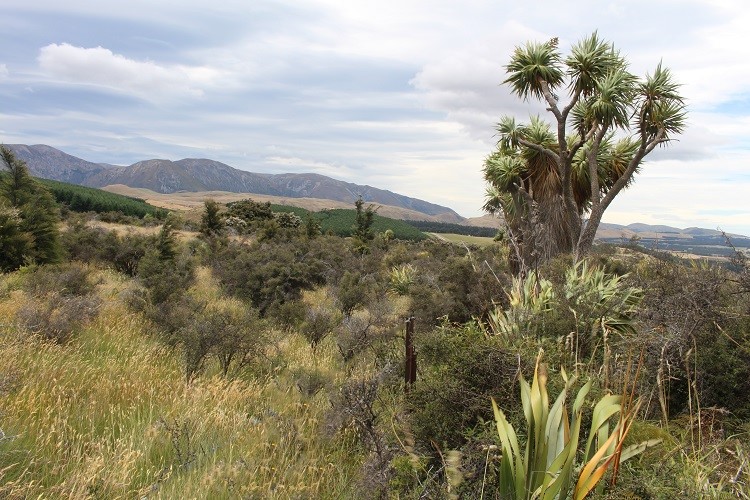 Why is biodiversity important?

Biodiversity provides the life supporting systems that enable all organisms, including humans, to survive. For example wetlands purify water and help prevent flooding and drought. Indigenous forests provide habitat for fauna, rongoā / medicines, act as carbon sinks and purify the air we breathe. All communities, including farming, forestry and horticulture depend on the resources and services provided by our biological systems.

Aotearoa New Zealand's indigenous biodiversity is vitally important to New Zealand’s environment, culture, society and economy. Our biodiversity informs a key part of how we see ourselves as a culture, and provides a visual reminder in our landscapes of our natural heritage. It forms and supports our natural landscapes, ecosystems and species, and is part of the image we present to the outside world. We embrace, enjoy and recreate in our native biodiversity, and put great effort into restoring, protecting and managing it.

For Māori, the connection with nature is one of whakapapa (kinship). Māori, as tangata whenua, are the kaitiaki (guardians) of these ecosystems. Ki uta ki tai is a traditional concept representing kaitiakitanga (guardianship) from the mountains to the sea that recognises the interconnectedness of the whole environment and the people.

A large percentage of the New Zealand's indigenous species are endemic, meaning they only occur in this country. This makes New Zealand's biodiversity immensely important internationally; such high endemism is remarkable and is not seen in many other countries.

High endemism is a result of long periods of isolated evolution and the incredible diversity of New Zealand's land and seascapes. Many of our ecosystems are highly distinctive; kauri forests of the northern North Island, the braided river systems of the eastern South Island, dryland river terraces in the high country, geothermal ecosystems and our glaciers are some examples.

Rates of endemism in New Zealand:

In contrast Great Britain, has only two endemic species: one plant and one animal.

New Zealand's indigenous biodiversity is in decline. Since human settlement there has been extensive modification of native habitats and the introduction of exotic species leading to the extinction of many native species.

Rates of extinction (as far as we know):

If species, such as kakapo, kea, kiwi, mudfish, and kauri are lost to New Zealand, they are lost to the world. Halting the decline of biodiversity is a significant challenge and needs a sustained and collaborative effort from all New Zealanders.

Biodiversity funding is available from the Council through the Selwyn Natural Environment Fund (SNEF), and a number of other non-Council funds including Environment Canterbury. Selwyn District Council staff are available to give support, advice and assistance to our community. Council and staff actively seek to build partnerships and develop collaborative efforts with landowners and managers to protect and restore native biodiversity on their land.