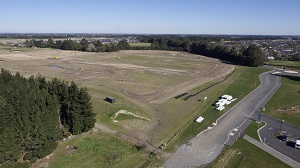 John Foster purchased 500 acres of land in 1937, with the land originally covered in gorse and broom. This land was farmed by Mr. Foster and his family until it was sold to the Selwyn District Council in 2010, with a big chunk of the land going to the Ministry of Education.

What came to be the Foster Park that the community knows and loves, was developed by the council with the intention for the park to always be a sports, recreation, and education hub which would help to meet the needs of the fast growing population. 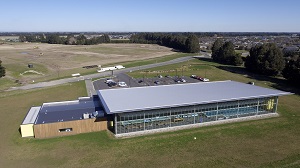 With the Selwyn Aquatic Centre opening in June 2013, Rolleston College in 2017, and a number of different playing fields and turfs in Foster Park in 2014, the natural progression for the space was to start construction on an indoor sporting facility for the community. Plans for the development of this land was expected to take 10-20 years however, with the opening of the Selwyn Sports Centre, majority of the work has been completed. 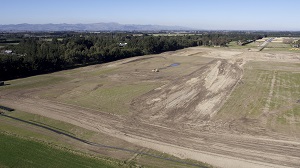 The first year of operations has seen thousands of people through the doors of the Sports Centre, with many local clubs growing and adding additional leagues/competitions/programmes to accommodate the number of people.