Population, location, and facilities information for this township. 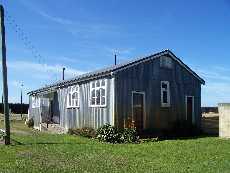 Doyleston is a relaxed and compact township on the main road from Christchurch to Leeston and Southbridge. It is also the crossroads where the roads from a number of the smaller rural settlements such as Brookside, Irwell, Lakeside and Killinchy meet.

Doyleston's name was once changed to Cheddar in recognition of the importance of the dairy industry to the area, however the friends of the township's namesake, Mr Doyle, argued against the change and it reverted to its original name.

Doyleston's Osborne Park is a popular sports venue, and has been since it became famous in the early 20th Century for the Boxing Day Sports where 21 railway cars visited the township for the annual event.