We publicly notified the Proposed Selwyn District Plan on 5 October 2020. 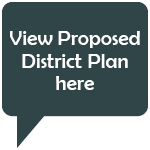 (Important note: Proposed ePlan doesn’t work in Internet Explorer browser. It works best in Google Chrome but also in Edge, Safari or Firefox browser. Don't have Chrome? Download Chrome. Once you’ve installed it, make sure you copy and paste www.selwyn.govt.nz/proposedeplan into the Chrome browser window as clicking the link from the email will still take you to Internet Explorer if it’s been set up as your default internet browser. You can find information on how to change your default browser at Chrome support.) Also check out Council's How to navigate the Proposed Selwyn ePlan guide.

On 20 August 2022 the Council notified a variation to the Proposed District Plan . To enable the variation process to be completed, including the new hearings, there will be a delay on when the Proposed Plan becomes operative.

However, as the Proposed District Plan hearings are almost complete, the Council has decided to align the decision making process with Variation 1 and release decisions on both processes together, prior to 20 August 2023. This means we expect the Proposed Plan to become operative soon after that.

Background on the District Plan Review

The Operative Selwyn District Plan was notified in two volumes (Rural Volume in 2000 and Township Volume in 2001), with the majority of provisions being made operative in 2008 and the entire plan becoming fully operative in 2016. A number of variations and plan changes have occurred over this time and in May 2015 a full review of the Operative Plan started. The Resource Management Act requires that all operative provisions of a district plan are reviewed every 10 years.

Since May 2015 when the full review started, the Council had been looking at the current rules and policies across a range of topics, talking to our partners and stakeholders as well as affected landowners about these rules and whether they work as they are or need to be changed, and whether they are up to date with changes in legislation, national and regional policy statements and other regulations.

Following a detailed assessment (which was put together in a ‘baseline assessment’ report for each topic), a summary of issues and options, also called a ‘preferred option’ report, was developed, which identified the Council’s recommended draft changes for a specific topic.

In 2018 we ran an initial public consultation on a number of proposed key draft changes (coming out of the preferred option reports) across different topics to check in with our community about what they thought of these draft changes. “Are we on the right track?” was the theme of the consultation. Following the consultation the Council reviewed the feedback and then outlined in post engagement reports for each topic what changes, if any, were made as a result of the feedback.

Subsequent District Plan Committee workshops provided direction on detailed provisions that have since been integrated across chapters of the Proposed District Plan and formatted into a responsive electronic planning tool. The Proposed ePlan also aligns with the recently introduced National Planning Standards, which standardise the district plan framework and a number of definitions.

The summary of submissions and original submissions on the Proposed District Plan can be found in our online ‘Summit Up’ database. 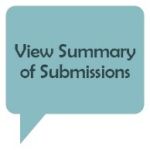 (Important note: Our online Summit Up database can only be viewed on a computer, laptop or tablet. Summit Up does not work when using a mobile phone.)