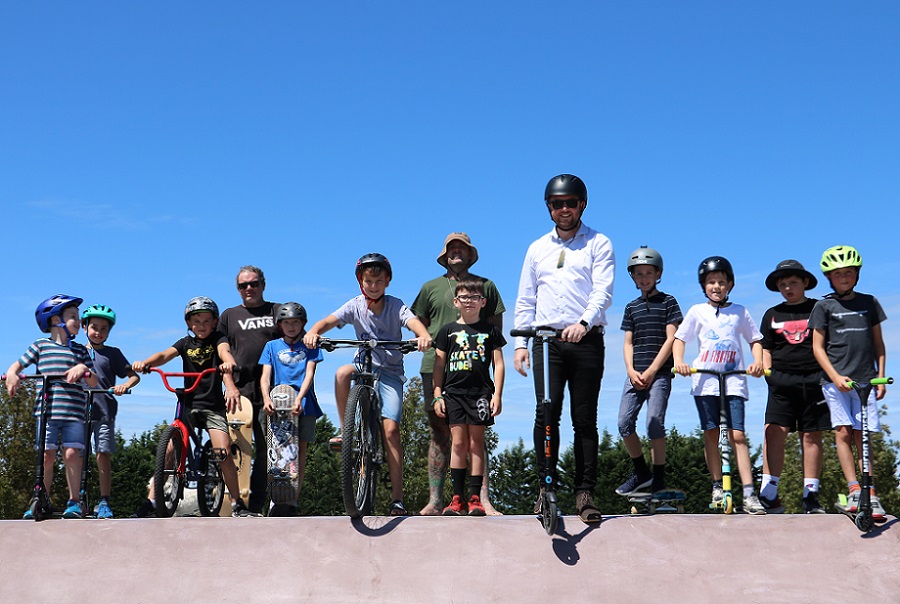 The first stage of the new West Melton Community Park has been officially opened.

Mayor Sam Broughton and Councillor Nicole Reid were at the park on Friday (22 January), to officially open the skate area.

“It was great to see so many young people on scooters, bikes and boards out in the sun and using the park. It’s good to have places like this where we can get out and be active and outdoors. I’m looking forward to coming back and enjoying the rest of the park when it’s finished,” Mayor Broughton said.

The skate area includes a bowl, ramps, ledges and a pump track designed for learners and less experienced or younger riders.

The majority of the area was completed and open to the public before Christmas, with a small section remaining to be finished off in the new year before the park could be officially opened.

The skating area has been opened in time for the West Melton Skate Jam and Picnic in the Park, which will be happening at the park on Thursday 4 February from 3.30pm.

West Melton Community Park will also include a new playground, sheltered barbecue area, and half-court basketball court, which will be built in the new year. Together the Community Park and landscaping developments have been designed to create a space for the whole community to enjoy.