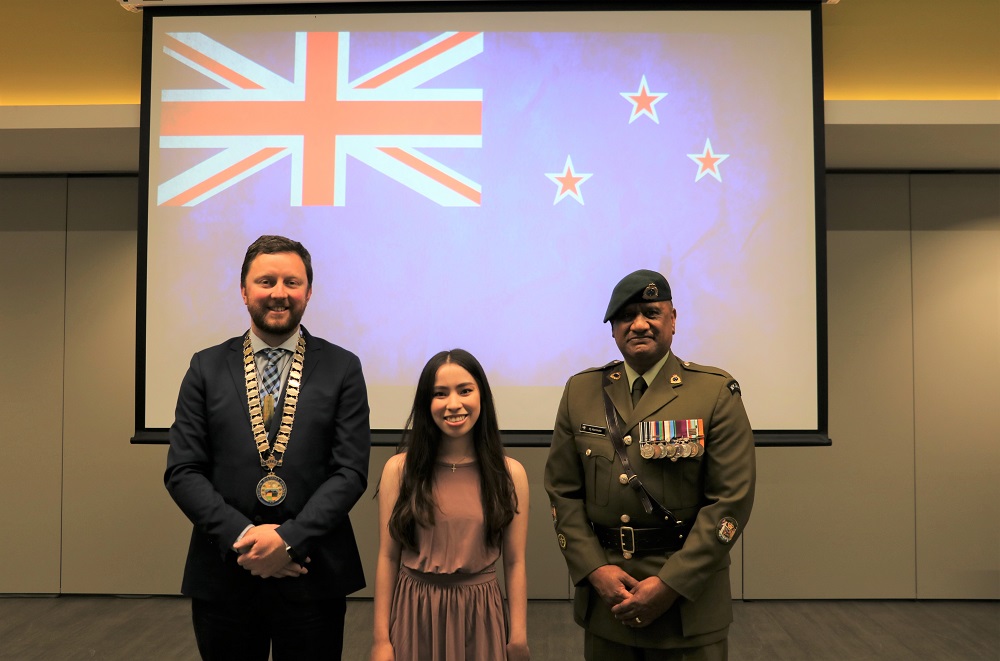 Returns and new starts were celebrated at the Council’s monthly citizenship ceremony.

A group of 31 people from 10 countries stretching from Canada to Kazakhstan took the oath to become New Zealanders.

For Ganga Ram Chapagai, a refugee from Bhutan, who became a citizen with his wife Kamala Rai and daughter Srijana Chapagai Bhattarai, the ceremony was the end of a 30 year journey. “For 30 years I was without an identity and the government of New Zealand has been so kind to me to grant me an identity and I’m really proud to become a Kiwi.”

For Beatrice Chua, it was a return after her family moved to New Zealand from the Philippines when she was seven and later moved back. She returned to New Zealand for university and work and committed to making the country her home.

Among the others who became New Zealanders were Kulmira Alieva from Kazakhstan, and Englishmen Patrick Holland and Damian Holmes who all married New Zealanders. Mr Holmes was among a number of people in the group who first came to
the country on holiday. “I came here nine years ago and loved it, met a girl and I loved her and now we have got our own house and little Kiwi. It’s a great place and that’s why I wanted to become a Kiwi.”

Daniel Dilkes, originally from Canada echoed the words of many of the new citizens who described finding a sense of home here. “I came here for a holiday in 1996 and got a job, years later I’ve lived and worked all over this country. It’s a beautiful country, I fell in love with it and it’s an absolute honour to become a citizen of this country, because it’s my home.”