Sports ready to hit the floors at the Selwyn Sports Centre 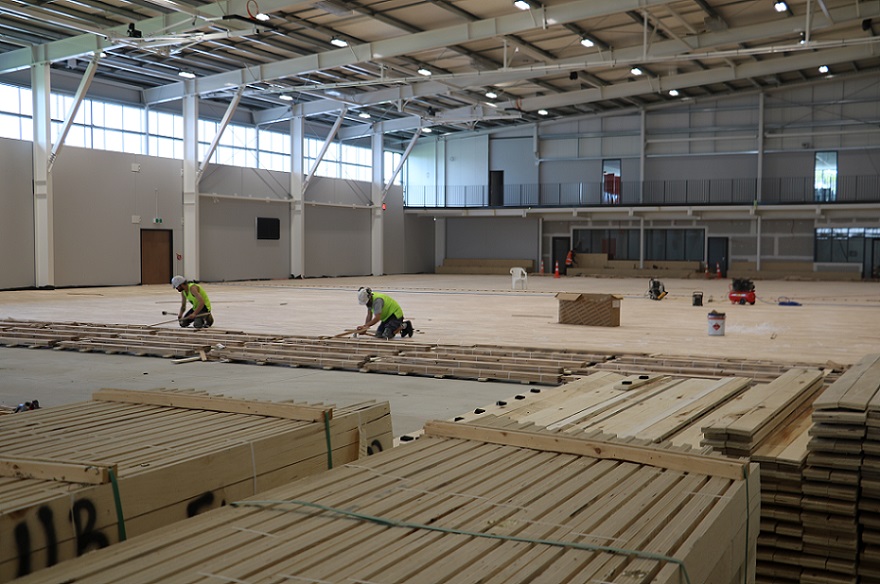 The final flooring is going down and the first events are being confirmed as the Selwyn Sports Centre moves closer to opening.

The sprung-wooden floor for the John F Reid Courts at the Selwyn Sports Centre is being installed, as the building moves towards opening in time for the winter sports season.

Selwyn Sports Centre Manager Dave Tippett says the Council has begun working with key users of the centre on bookings for sports including basketball, futsal, netball and floorball and with the Selwyn Sports Trust.

“We’ve had lots of interest and excitement from sports groups. Now it’s just about working out the jigsaw of who wants to use the space when. But we’ve got an exciting programme starting to shape up.”

The New Zealand Secondary Schools Schick Southern Cup Basketball tournament in September is the first tournament confirmed, with discussions under way around hosting other possible tournaments including regional and South Island wide events.

The four courts will be able to host basketball, netball, futsal, volleyball, badminton, and other sports.