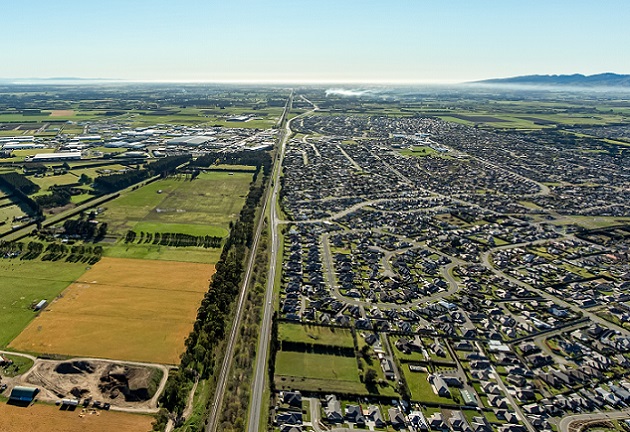 Plans for a proposed State Highway 1 flyover and changes to busy intersections through Rolleston, south of Christchurch, are now open for the first round of public feedback.

Waka Kotahi NZ Transport Agency has pop-up events planned over the next few weeks to share plans and gather community feedback on the project. Feedback is open from 20 July to 17 August.

The $125m project is being delivered as part of the Government’s $6.8 billion New Zealand Upgrade Programme to save lives, get our cities moving and boost productivity in the country’s growth areas.

Waka Kotahi is working closely with Selwyn District Council and KiwiRail to plan the improvements which include investment in highway intersections and the rail corridor.

Waka Kotahi Director of Regional Relationships James Caygill says many years of planning are being realised as a result of the NZUP funding and it is exciting to share the initial plans with the community for feedback.

“The proposed road and rail improvements are designed to provide a streamlined extension off the southern motorway while elevating and strengthening Rolleston’s community connections. A highway flyover, intersection changes and a new service lane will mean safer and more efficient commuter and freight routes and a freer flowing highway.

Mr Caygill says that Waka Kotahi is now inviting the community’s input on the project.

“We want people to think about how they travel to and from and within Rolleston and how the plans for a flyover support this. We also want to hear whether any improvements could be made, so we can incorporate community feedback, ready for the next phase of planning.”

Waka Kotahi is also asking for feedback on current speed limits along SH1 from Hoskyns Road through to Dunsandel to help decide whether changes need to be considered before the proposed infrastructure is built.

This length of highway has a high number of people killed and seriously injured in crashes. No new speeds are proposed – the
purpose is to hear community views on current speeds. If changes are recommended, Waka Kotahi will consult with the community near the end of this year. Any changes would be made in 2022.

The Rolleston upgrades project includes a number of proposed safety upgrades including:

Complementary projects — not funded by NZUP — but planned to support the wider transport network include:

*Funding, timing and community consultation to be confirmed.

People are invited to speak to the team about the proposed Rolleston Flyover and Transport Improvements as well as safer speeds at the following events:

People can also send feedback in an email to rollestonflyover@nzta.govt.nz

Or drop comments on the online map from 20 July.