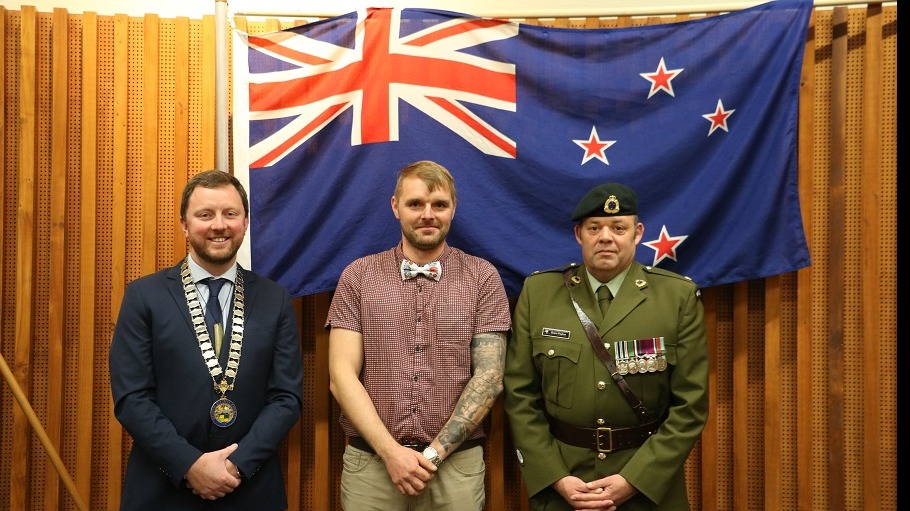 A group of 25 people from nine different countries including South Africa, the Philippines, Korea and India became citizens at the Council’s monthly citizenship ceremony last week.

Rachel Henderson, from England, was one of a number of people taking up citizenship after a long time of calling New Zealand home—telling the room she had decided after 30 years here that it was time to make it official.

Among the newer arrivals was Martin Kovac, from Slovakia. Mr Kovac met his wife, who is from Darfield, while the pair were working in the UK. After two years of travelling in Europe they decided to take a trip back to New Zealand, encouraged by family and the offer of work. Though Mr Kovac admits New Zealand wasn’t quite what he expected. “In my eyes it’s in the middle of the middle of the ocean, it’s green, I thought New Zealand was like Fiji or something.”

Despite not turning out to be his tropical island dream, he says the pair fell in love with New Zealand as they spent their first year travelling the country. Six years later the couple are settled in Doyleston and with a baby on the way Mr Kovac says it made sense to fully embrace his new home as a Kiwi.