A view to the future at inaugural Council meeting 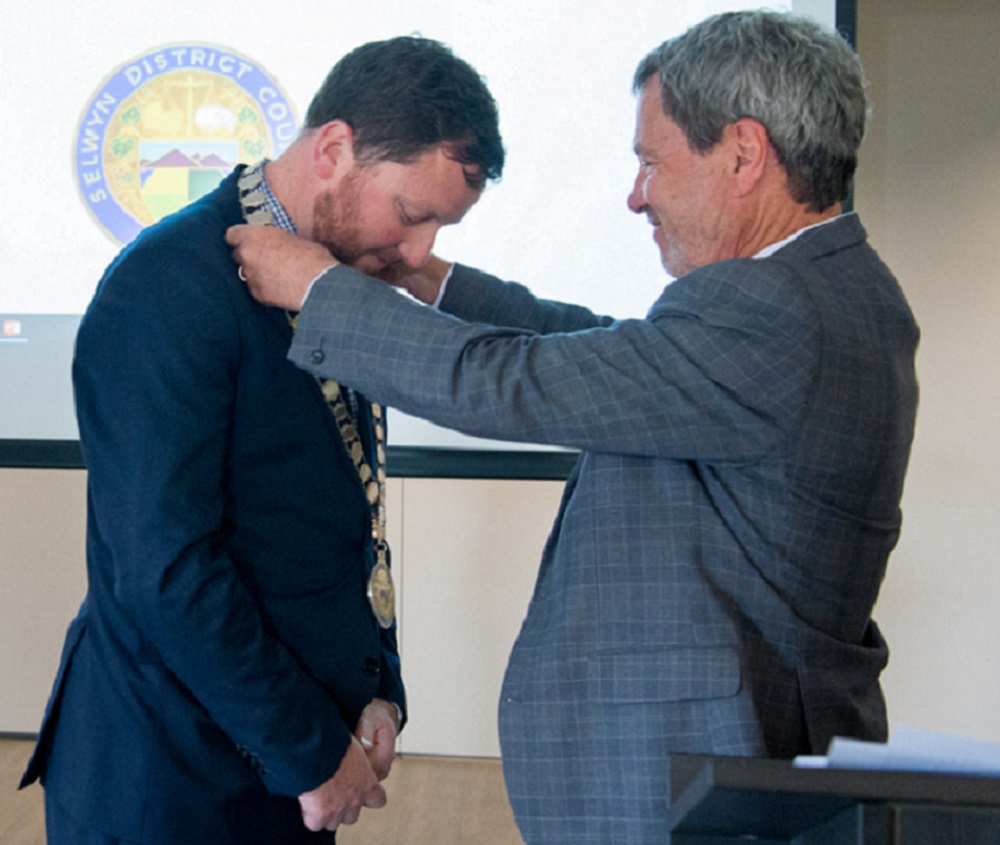 There was a warm welcome and a commitment to the future as the new Council was sworn in on Wednesday (30 October).

The new councillors, family and friends were welcomed into the Tai Tapu Community Centre with a mihi whakatau led by representatives of Te Taumutu Rūnanga for the Council’s inaugural meeting.

Mayor Sam Broughton spoke about his hopes for the long-term view of the Council as he took the oath of office, before overseeing his fellow councillors as they took the oath.

“My hope for this Council for the next three years is that we will continue making decisions our children will be proud of,” he said. “Decisions that are timely for today, but also thinking about the future needs of Selwyn. It’s an exciting time to be in a leadership position and there’s also a responsibility to spend public money wisely.”

Alongside the eight returning councillors three new councillors were sworn in, joined by their families and supporters.

It was also the inaugural meeting of the Malvern Community Board, where the five board members were sworn in. John Morten was elected chair and Karen Meares as deputy chair.