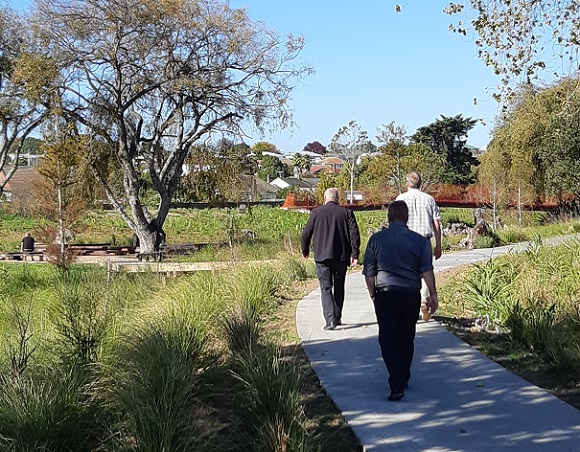 Work on a new 22 hectare park in Springs has begun.

The reserve on Birchs Road between Prebbleton and Lincoln will feature a new dog park, sports fields, carparking, wilderness areas and bike tracks and be constructed in stages over the next five years.

Selwyn companies McLenaghan Contracting and Johnstons Civil Limited have been awarded the contract to build the first stage of the park, a 10 hectare area which is expected to open to the public in spring 2022.

This will include construction of numerous off road and sealed bike tracks, complete with jumps and a snake run. The tracks will be a similar style to those at Bottle Lake Forest or the Christchurch Adventure Park.

There will be a dog park with a set aside area for small dogs, and three full and one half-sized sports fields built. The sports fields will have lighting installed.

The Council will begin further consultation in the next month with parties—particularly sports groups and clubs —that are interested in using the fields on an ongoing basis.

The reserve will be something new for the ward and the district, Major Projects Manager Phil Millar says.

“There will be large areas of native planting for people to explore and around the park areas we’re developing now and in the further stages of the park. With the bike track as well it will be something special for the Springs Ward, and will be linked to the existing rail trail cycle network, which runs along Birchs Road.”

The second stage of building starting next year will see the development of changing rooms, public toilets and the main car park for the park, and is expected to be open in late 2022. The final stage, an eight hectare area, will be developed in around five years time and the total cost of the reserve is expected to be $13million.

The reserve will bring additional sports ground and reserve space to the Springs Ward, to meet the Council requirement for park space per head of population in the ward over the next decade.