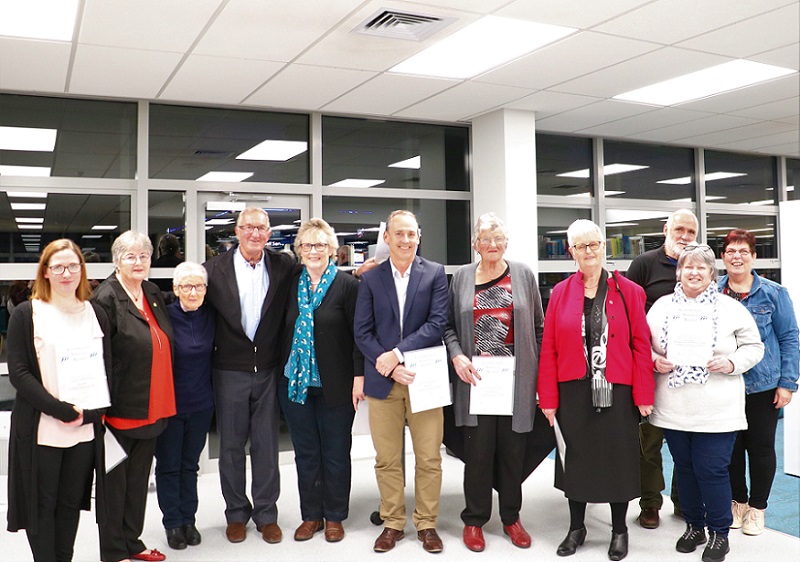 After a two year gap due to the COVID-19 pandemic, 11 people received awards at the ceremony.

The Hororata Community Response Team was recognised for its efforts supporting and preparing the community for Civil Defence emergencies.

Nine Community Service Awards were also given to long-standing volunteers. Rob Frew was recognised for his prolonged involvement with the Darfield Cricket Club, coaching young Malvern cricketers and looking after the cricket grounds.

Allison Rosanowski was acknowledged for supporting the Selwyn District Sister City Committee for many years, connecting Selwyn to our sister cities including in Japan, China and Indonesia and encouraging educational opportunities.

Melissa Jebson received her award for promoting and organising many performing arts events in Selwyn and Sara Syme for her volunteer work with Plunket and the Darfield Toy Library.

Pauline Pearce and Gerald Innes were recognised as long-serving volunteers for several Malvern groups and volunteering at the Hororata Highland Games and Glow Festival.

Val McKenzie, Diane Woodward received their awards for several volunteer roles including serving as JPs and their involvement in a range of community groups and activities.

Gwen Heffernan was acknowledged for her efforts as a volunteer and member of the Greendale Golf Club, and says she was very grateful to receive the award.

“I feel it’s a great privilege, Greendale Golf Club has meant a lot to me, and I think all these clubs need volunteers to survive, so I just feel a part of the team. You just feel as though you are doing something for the community.”