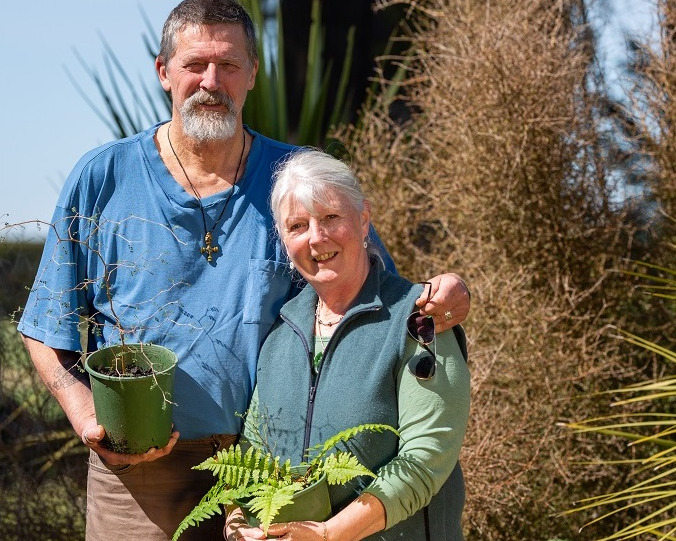 In 2002, an opportunity arose for Stephen Clarke and Lesley Barlow to purchase a piece of Council-owned land next to their property.

Avid environmentalists, they saw the chance to fulfil a long held dream. “We wanted to create a ‘green spot’ by planting natives to encourage the return of insects, which would in turn attract local native birdlife and provide a place for them to rest, recuperate and feed as they make their way from Banks Peninsula to the mountains. It really worked and last year we even saw the return of a tui, which we haven’t seen in this area for 20 years,” says Stephen.

Recognition at the Selwyn Awards has helped them connect with people who also want to plant natives, but couldn’t afford the costs to get started, he says. “We got to the point where we had so many trees that we were able to start donating some for other planting projects.”

When asked if he would encourage others to become involved in the awards Stephen said he absolutely would, “the awards really build a sense of community as it makes people aware of what others are achieving. They give people—particularly volunteers—recognition for their hard work. We really need people who are willing to step up for the community and the awards really recognise and reward this.”