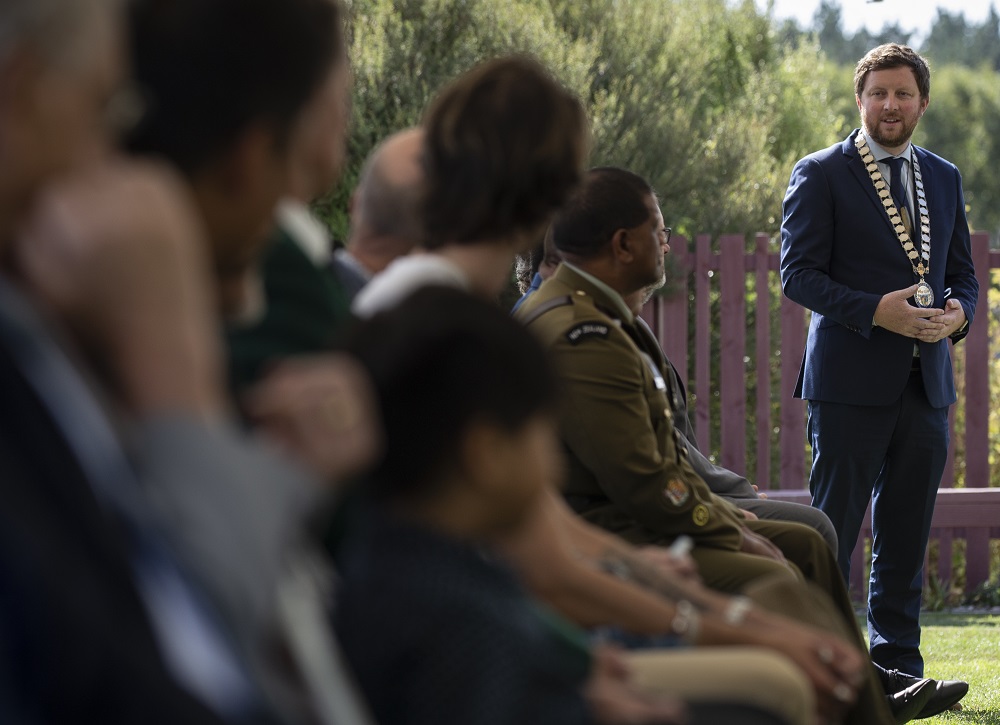 For the second year running, Te Taumutu Rūnanga and the people of Ngāi Te Ruahikihiki hosted a special Citizenship Ceremony at the marae. More than 100 people attended the ceremony, where 21 people from eight different nationalities from Britain to Sri Lanka and the Philippines officially became citizens of Aotearoa.

Mayor Sam Broughton says holding the ceremony on Waitangi Day was a significant thing to be able to do.

“Waitangi Day is a day when tangata whenua welcomed new people to be a part of this place, so it is special to be able to celebrate at Ngāti Moki Marae and to be welcoming new citizens from all over the world who have chosen to make this special place home. We’re really grateful to Te Taumutu Rūnanga and the people of Ngāi Te Ruahikihiki for hosting us,” he says.

Minna Smith, originally from Finland, was among those who officially became a New Zealander. Having the ceremony at the marae was “amazing”, she says. “It was really, really cool. I live locally so it had a ‘just down the road’ feel to it, but I had not been there before, or been officially welcomed onto a marae before. People explained different bits of what was happening; the meanings of the greetings and performances and things and why they do it, so it added to it.”

Becoming a citizen was a natural thing to do after 28 years living here, she says.

“I’ve contemplated it a couple of times before and I thought it was about time. I’m married to a New Zealander and I have got a son who’s nearly grown up, so I thought it was time to make it official. I felt really good about it and it was a really special thing to do.”

For more stories of the people including new migrants who make up our district visit our Faces of Selwyn project.