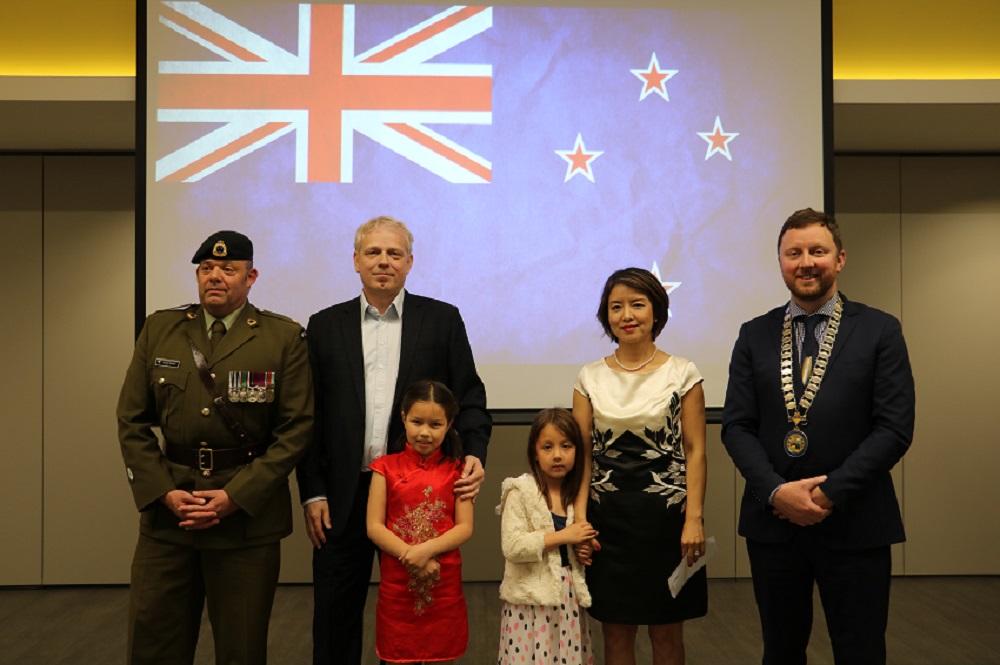 The next step in a fresh start was celebrated at Selwyn’s monthly Citizenship Ceremony.

A group of 29 people from 11 different countries took the oath to become New Zealand citizens.

Family was a key focus for all the new citizens. Many young families were among the group becoming Kiwis and spoke about moving to New Zealand for a fresh start for their children.

Craig Smith, from South Africa, told the group the timing of the ceremony was special for his family, coming six years to the day since they moved to New Zealand. “We came for the kids primarily, but it’s given all of us such a fantastic life. We’re very thankful to be here.”

Sam Ragnarsson, from Iceland, said the day was a highlight after many years of planning and hoping. “We have been all over the world. My wife is Chinese and we have lived in America, Japan, China, but we have really found ourselves here and settled. It’s so beautiful. The people are beautiful and we’re thankful to be part of it.”

Atal Safi from Afghanistan said he moved to New Zealand for love, after his sister, who was living here, introduced him to a friend who would soon become his wife.

Originally based in Auckland the family moved to Canterbury for work and decided to base themselves in Rolleston to build a house and be close to work. They are loving the beauty of New Zealand and the friendliness of the people, he says. “For me I never thought I would come this far. This country has been amazing, I’m loving it here.”