Sporting champion to be honoured at Selwyn Sports Centre 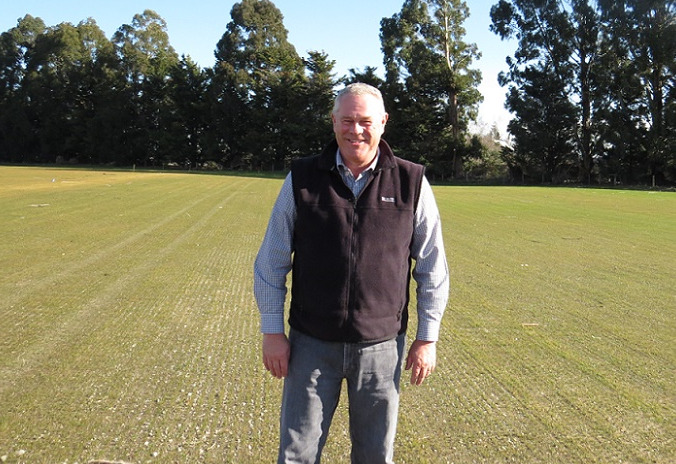 One of New Zealand’s leading sportsmen and sporting administrators will be recognised at the Selwyn Sports Centre.

The wooden floor sports hall – half of the court space at the Selwyn Sports Centre at Foster Park – will be named the John F. Reid Courts in honour of Mr Reid’s role in sports nationally and in Selwyn.

The four sprung wood courts in the hall are due to be laid in the next fortnight as the centre marks another milestone towards opening to the public in time for the 2021 winter sport season.

Mayor Sam Broughton says the naming will acknowledge both Mr Reid’s work as a champion for the courts and community sport in Selwyn, and his huge contribution to sport across the country.

Originally from Auckland, Mr Reid represented New Zealand at cricket in 19 Test Matches and 25 One Day Internationals between 1979 and 1986. He still holds the record as the fastest New Zealander to score 1000 runs in test cricket, set in 1985.  His career test batting average of 46 ranks him amongst the top 10 players in New Zealand test cricket history.

He went on to become Chief Executive for Auckland Cricket and then moved to Selwyn in1996 working for New Zealand Cricket as Cricket Operations Manager and High Performance Manager.

Through these roles he led the establishment of New Zealand Cricket’s National High Performance Centre at Lincoln University, which included the development of an international standard playing facility (Bert Sutcliffe Oval).

“We’re lucky to have one of the country’s best sports administrators working with a passion for the people of Selwyn on projects that will serve the community for a long time. John has led the implementation phase of developing Foster Park and continues to provide the leadership to deliver the Selwyn Sports Centre, ensuring the district gains a facility that will serve the whole community.”