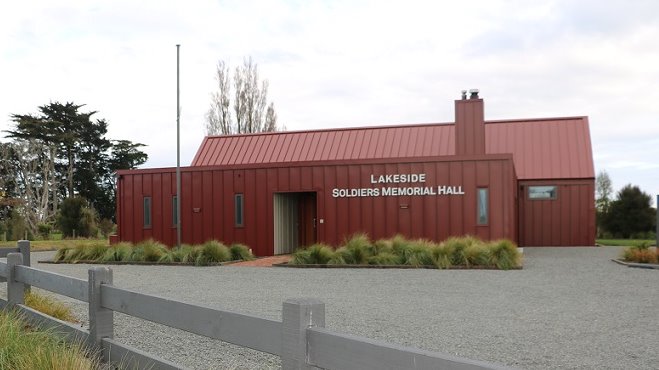 The hall, which was officially opened on 1 February this year, replaced the original hall built in 1907. The original hall had to be demolished after it was damaged in the Canterbury earthquakes.

The $1.67 million new building was designed by Architecture Workshops Limited. In giving the award the judges said the design of the building “is alive to the historical and social resonances of the memorial hall, and to the circumstances of contemporary use”.

The building was designed to reflect the cultural significance of the hall, as well as being made to be flexible in its use to allow it to accommodate a variety of events.
“The architect’s sympathetic understanding of the cultural significance of the project has made for an appropriate conciliation between pragmatic requirements and poetic expression,” the judges said.

Ian Lochead from the Lakeside Memorial Hall committee says it was the second architecture award the building received this year after being awarded a NZIA Canterbury regional award in June.

"This is an outstanding achievement for the architects of the building, but also a fitting reward for the efforts of the local community in pressing for the rebuild of the hall, fundraising and seeing the project through to a successful completion. It is also recognition of the contribution of the hall's builders, City Care Civil."