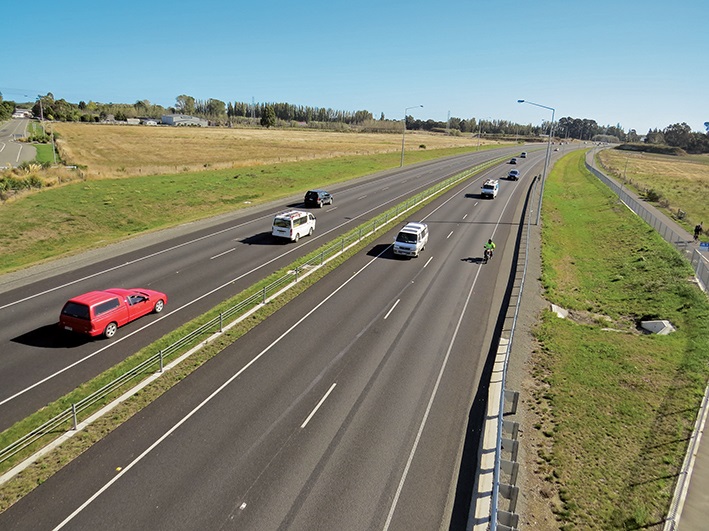 Selwyn District Council has welcomed the announcement of major funding for improvements to Selwyn roads.

The government this week confirmed it will fund more than $60 million in road and intersection upgrades in Selwyn over the next five years.

The funding package includes upgrades of State Highway 1 (SH1) that continue the extension of the southern motorway, currently under construction, through Rolleston. It also provides upgrades to four intersections along SH1 between Burnham and Rolleston.

This will include a new two-lane overbridge that will connect Rolleston Drive to Jones Road across SH1, creating safe and easier access between the town centre and Rolleston industrial area. The new overbridge will also provide for pedestrians and cyclists and will pass over the main rail line improving safety by avoiding the existing road level rail crossing on Hoskyns Road.

The programme will also see upgrades to improve safety and manage future traffic growth at four intersections on SH1 between Burnham and Rolleston. The work will be done by the New Zealand Transport Agency (NZTA), which announced work on this project could begin as early as 2022 and take three years to complete.

NZTA also confirmed it will carry out safety improvements at the intersection of SH73 and Weedons Ross Rd in West Melton, expected to be traffic lights, which will provide a safer crossing point for pedestrians. The work is expected to start in 2021.

Selwyn Mayor Sam Broughton says the Council was delighted with the announcement today, backing projects it has worked productively with NZTA on and that will bring a significant boost to the district.

“The work on SH1, both the overbridge and work between Burnham and Rolleston are projects we have been discussing with NZTA for a few years now and we are delighted that they have been confirmed. They will make our roads significantly safer and improve the efficiency of the network supporting Canterbury’s economy.

“We’re very pleased to hear that the intersection improvements in West Melton will be happening. This has been a major concern for residents and is welcome news, especially for families of children at West Melton School.”