Nothing will discourage us from being New Zealanders 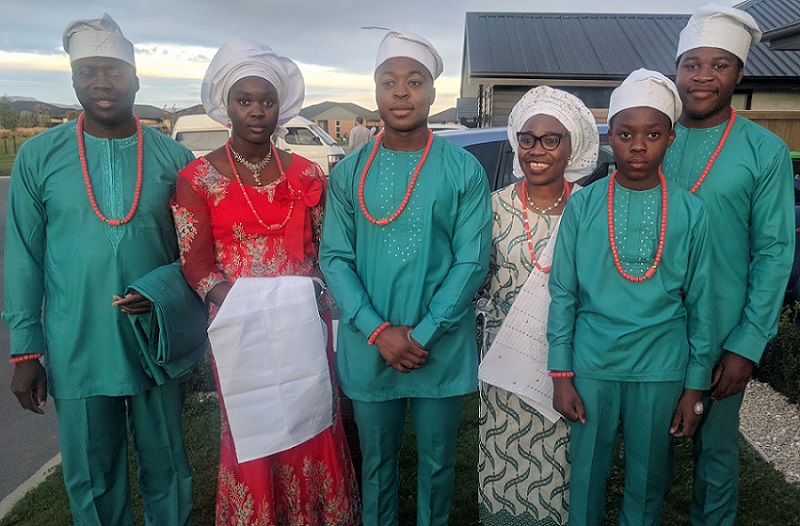 Not even the 15 March  mosque attack could stop the Iposu family from becoming New Zealanders.

A year ago Shamsideen Iposu was at Christchurch's Al Noor Mosque for Friday prayers with hundreds of others when a gunman opened fire. “I was in the mosque. I was lucky to be one of those that made it out.”

Today, Shamsideen says he no longer lives in fear and feels supported by the community around him. “Some of us have moved on and gone back to the mosque to do our thing, no fear, no nothing, at least on my part. Not even the mosque incident will discourage us from being New Zealanders, we are here to stay and we like it here.”

His wife Sade praised the support of New Zealanders. “People are really supportive and genuine here and it gives us comfort. Our Prime Minister had my respect.”

Before settling in Rolleston in December 2016, the Iposu family travelled between Nigeria and New Zealand.

While lecturing in Nigeria, Shamsideen wanted to study abroad. After many failed attempts, he was relieved when offered a New Zealand Commonwealth Scholarships to pursue his PhD in Animal Science at Lincoln University.

He then told Sade they were moving to New Zealand. She remembers thinking New Zealand is too far.

Shamsideen started his PhD in 2003 and a year later Sade and their four children joined him. They felt welcomed by the small Lincoln community. Shamsideen remembers Professor Sykes, his PhD supervisor, who use to invite international students like himself  and their families to his house in Leeston for Christmas lunch, and Sade shares memories of lunch at the Lincoln Event Centre where migrants brought their cultural dishes and wore traditional clothing.

“I loved it there, that helped us to settle down,” Sade says.

After finishing his PhD in 2007, the family travelled back to Nigeria as required of international students on New Zealand Scholarship, but Sade and their children soon returned to New Zealand on a work visa, living in Addington. Sade, a Microbiologist, retrained as a nurse and worked with the Canterbury District Health Board.

Shamsideen resumed his lecturing job in Nigeria and applied for a New Zealand residency as a skilled migrant. After a long but successful Visa application, Shamsideen returned and worked an unpaid sabbatical position at Lincoln University as a Visiting Scientist from 2014-2016.

Finding it difficult travelling between family and career, he eventually resigning his teaching position in Nigeria in 2017 and joined his family permanently in their newly built home in Rolleston.

The pair love living in Rolleston. They love the parks, the friendly people and as each day goes by, they find themselves becoming more involved with the community. Sade is excited to meet new families and recently formed a connection when shopping for her son’s Rolleston college uniform.

“We saw them trying on the same clothes and I said, ‘hello’, and she said, ‘ah hello, I wanted to come and talk to you’.”

The couple laugh about going back to Nigeria because the weather would be too hot. “We couldn’t move back to our country because we got caught up by life here and most things back home became alien to us.”

While they cannot bring the Nigerian heat to Rolleston to replace the cold wind, the family wears their traditional Nigerian clothes on special occasions and Sade loves cooking Nigerian treats, including Puff-Puff, a delectable fried dough snack.